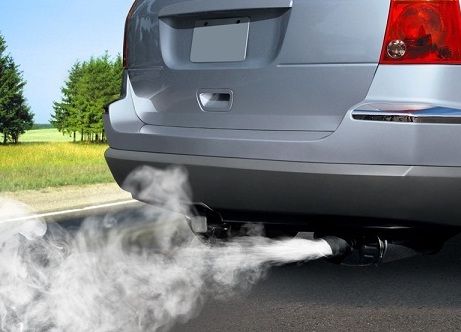 Exhaust smoke and its colors on a Cadenza: causes and severity

First, it should be said that the exhaust gas that is usually released through the exhaust pipe of your car is basically invisible. You should see a faint and short-lived exhaust that fades shortly after appearing only if you speed up abruptly. If your Cadenza discharges visible exhaust smoke then it is very likely that you need to take it to a specialist.

White exhaust smoke coming from the exhaust pipe on a Cadenza

The exhaust gas that comes out without strength and elevates considerably (it may get over the roof) but then fades without any trace when your car is idling may only be water vapor. This exhaust does not smell like anything in particular and it can be seen if the temperature is low or if there is humidity. If this is the case, do not worry.

If the white exhaust smoke does not fade, it is dense and smells, then it is associated with a coolant leak. In this case, the coolant level of your Cadenza should be low. Have your car checked up by a specialist to confirm this leak and prevent your engine from overheating.

⚠️ Check the recovery tank. If you see that the coolant is bubbling that means that it is leaking into the combustion chamber. This is caused by a leak of exhaust gases into the cooling system. If your car has these symptoms you should have your engine checked by a specialist at once since this malfunction may bring serious problems.

This liquid leak may be caused by the following reasons:

Blue exhaust smoke coming from the exhaust pipe on a Cadenza

At first sight this exhaust smoke seems white but it has a blueish tone, a certain density and a particular smell, like something is burning. Moreover, its volume increases significantly when you step on the accelerator.

⚠️ Check if the level of lubricant oil of your Cadenza is decreasing drastically to verify if that is the cause.

The causes for this lubricant leak are usually the following:

Unfortunately, fixing any of these problems is expensive and they usually affect high mileage engines (with more than 90,000 miles) or cars with badly battered engines.

If the exhaust smoke is blue but it is not too dense, it may be caused by a blockage in the crankcase ventilation system.

It is normal to see blueish exhaust coming from the exhaust pipe of mopeds and motorbikes with a two-stroke engine, and, in those cases, this exhaust is not caused by a failure.

Black exhaust smoke coming from the exhaust pipe on a Cadenza

This problem is usually seen in diesel engines and it is caused by a great increase in the amount of fuel supplied to the engine, that is to say, the engine is burning more fuel than it should.

⚠️ Check if the consumption of fuel of your Cadenza has increased significantly. You should also notice this because of the reduction of power of the engine.

You can also verify this flaw by putting a white cloth inside the exhaust pipe, clogging it up for a few seconds. This cloth will turn black instantly due to the expelled coal particles.

This black color is caused by the generation of hydrocarbons that are not completely burnt. They create more carbonaceous particles which soil the lubricant oil and they settle in each nook and cranny of the engine of your Cadenza. At the same time, they are also accumulated inside the combustion chamber as hard crusts that are abrasive and wear down movable pieces.

The exhaust system is also affected because of the accumulation of cinder, which also poses a threat to the catalytic converter, the particle filter or the muffler of the car.

This problem may be caused by any of the following items:

In the worst case scenario the released exhaust will be two-colored. This means that there are many simultaneous causes for this problem and it is important that a specialist investigates this as soon as possible to prevent further failures.

Have you found an error in this guide? Let us know
Was this information useful?
Thank you!
Read more about Kia
and Exhaust smoke colors