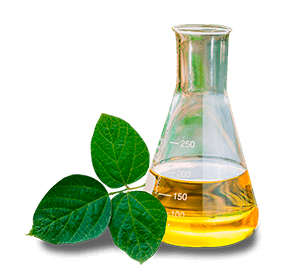 In short:
Biodiesel is usually used as an additive to Diesel. Ethanol is only used in gasoline.

There are two types of biofuels: biodiesel and ethanol (or bioethanol).

Nowadays, biodiesel is used as an additive in Diesel cars because of its great properties as a lubricant and its low toxic emission rates.

Its proportion in the blend varies until the blend has a 100% of biodiesel. The name of these blends includes a “B” followed by the percentage of biodiesel they contain. As an example, one named B15 will have 15% biodiesel while a B75 biodiesel will have 75%.

The same thing happens with ethanol and gasoline, but in this case, they are usually blended to reduce fuel costs by using up to 85% of ethanol. In these cases, this blend will include an “E” followed by the ethanol percentage that it has. For example, E30 or E85, which is the maximum amount of ethanol these blends can have.

⚠️ You must be very careful because the engine of your Cadenza may not be made to work with this type of fuel. Usually, engines that can take it are named Flex and this is indicated in the owner's manual. In Brazil, this is the most used type of fuel.

Biofuels can usually be identified by their green tags in gas stations.

Have you found an error in this guide? Let us know
Was this information useful?
Thank you!
Read more about Kia
and biofuels

Which type of fuel should you use in your Cadenza?
What types of fuel exist?
What is the fuel octane rating?