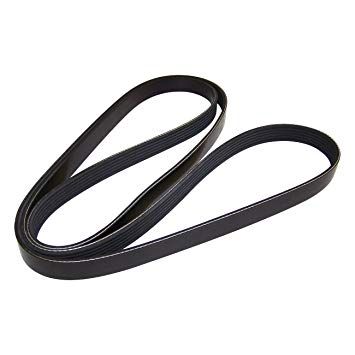 When do you have to change the serpentine belt of your Orion?

In short:
The best way to know when to change it is by inspecting it visually. As a reference, you should check it along with the timing belt, when it is time to change it, after your car has covered 40,000 miles approximately. If it is in a good state, you should continue to check it every 6,000 miles.

The lifespan of the serpentine belt changes according to the model of your car, its usage, and the area where you drive it.

To check its state by inspecting it visually, take into account this information:

Belts must never be too worn out, cracked, frayed, or dirty with oil or fuel. When you inspect them, you should also check that they are always tense.

⚠️ It’s a common issue to have some sort of damage in the tensioner and not the belt itself.

You can detect this damage:

- Because of the buzzing noise they make: this problem comes from the wheel bearing of the tensioner. The buzzing will change depending on the engine’s revolutions; that is to say, the faster it spins, the noisier it gets.

- Because of a broken pulley: it may be too worn out, and some pieces may have torn off, which may cause the belt to fall off.

If any of these things happen, you must replace the tensioner and the belt. It is not convenient for a used belt to be taken out and then put back into place again because, in this process, it may get damaged, and you will not notice it until it breaks unexpectedly.

What is the serpentine belt of your Orion?

The serpentine belt (also called accessory belt) moves the auxiliary elements of the engine: the alternator, the air conditioner compressor, and the power steering pump.

In an engine, we can usually find one or two belts that move different pieces.

It is important to know that if the belts are damaged, the car will keep on working since the elements that it deals with are not critical.

The most used belts are the ones called poly-v or multi-vee. They are flat, and they have many creases that are V-shaped. They are flexible and elastic, which enables them to go through longer and more complicated paths between the pieces of the engine. Depending on the engine, the number of creases and its width may change, and the belt may or may not have a tensioner.

The serpentine belt is placed in the crankshaft pulley or damper, from which it distributes the movement to the other pieces.

Before, the belts that were used to move the accessories were trapezoidal (flat or serrated).

Have you found an error in this guide? Let us know
Was this information useful?
Thank you!
Read more about Ford
and the serpentine belt